Photoview 360 solidworks add in allow user to create the photorealistic rendering quickly to see the appearance that model/part inside the solidworks. With photoview 360 user can apply,

Lets see how the rendering setting are done in photoview 360 for selected models. 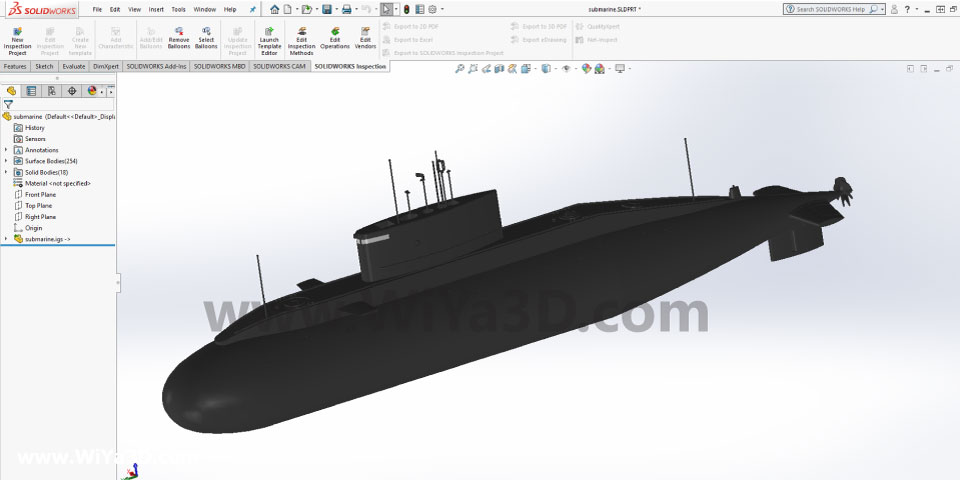 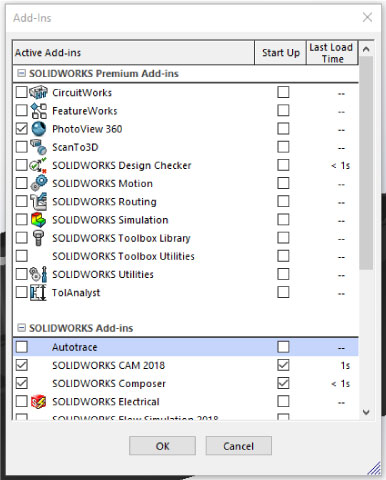 First thing in archiving better rendering is applying “Perspective”, which will make the model more realistic.

If you want to modify the perspective view, in order to make model closer or further away

When you set larger number, you are closer and smaller numbers further away you are 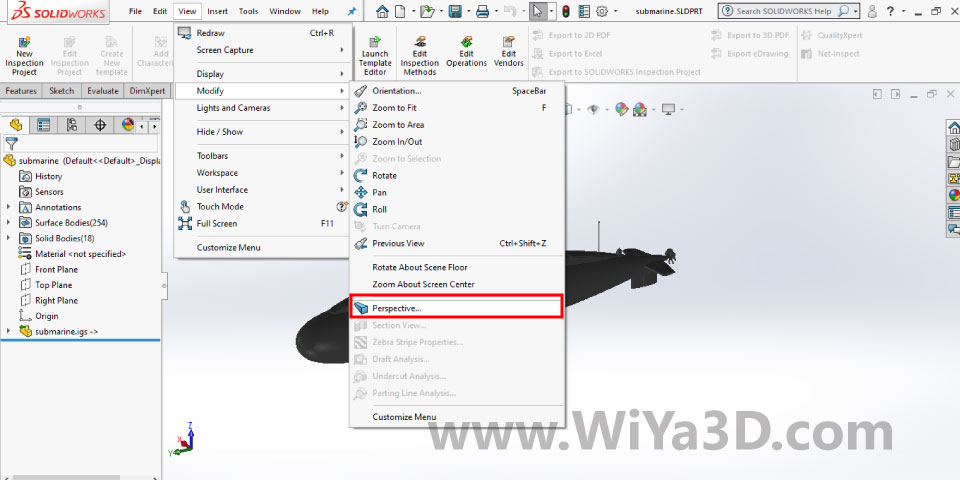 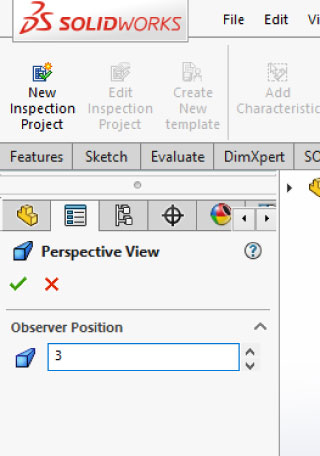 Then you can activate the preview window in photoview 360, which allow user to see appearance of the models what’s look like 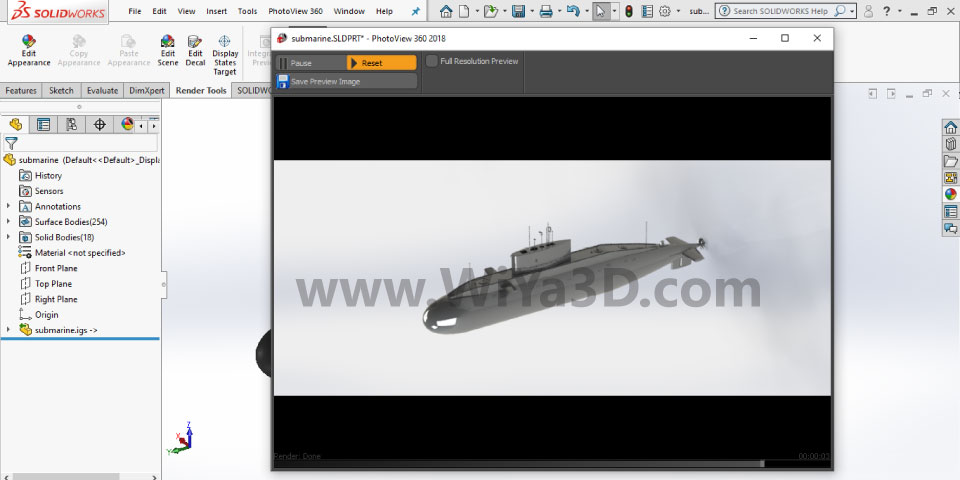 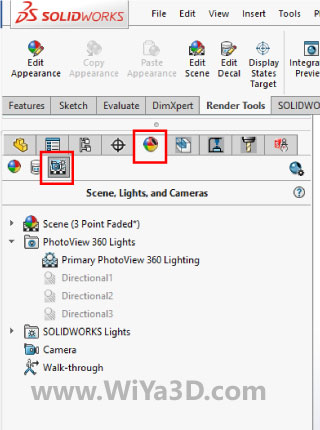 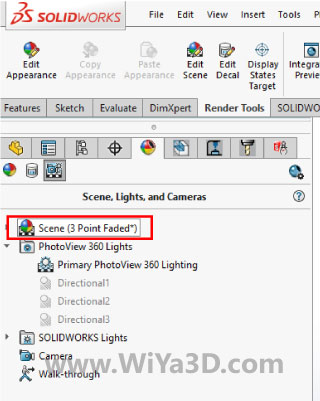 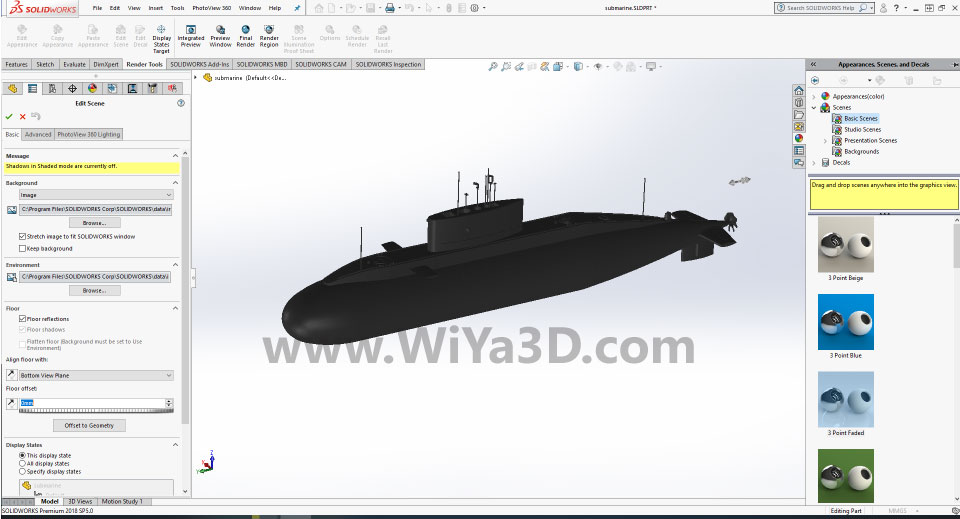 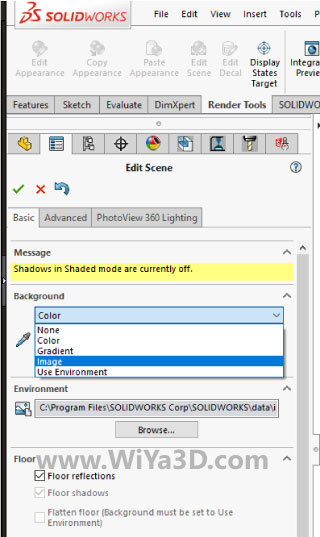 Browse for desired background image and apply the background. 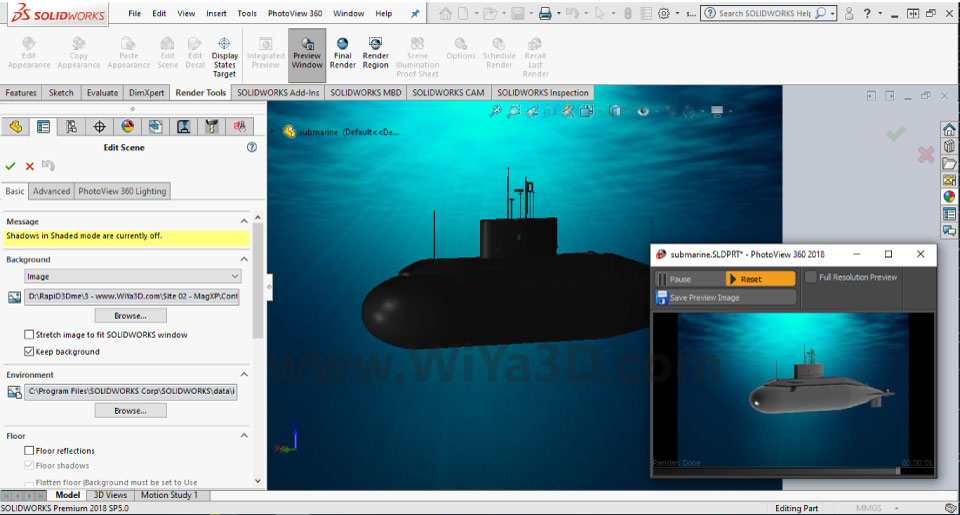 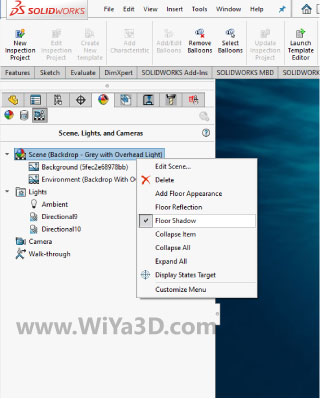 In preview window you see that, the model (Submarine) appear as shining object. Here we need to control the shininess of the model part depending on the rendering image object/purpose. Also need to give some darkness that to show underwater effect/appearance to submarine. All these setting change in Display Manager 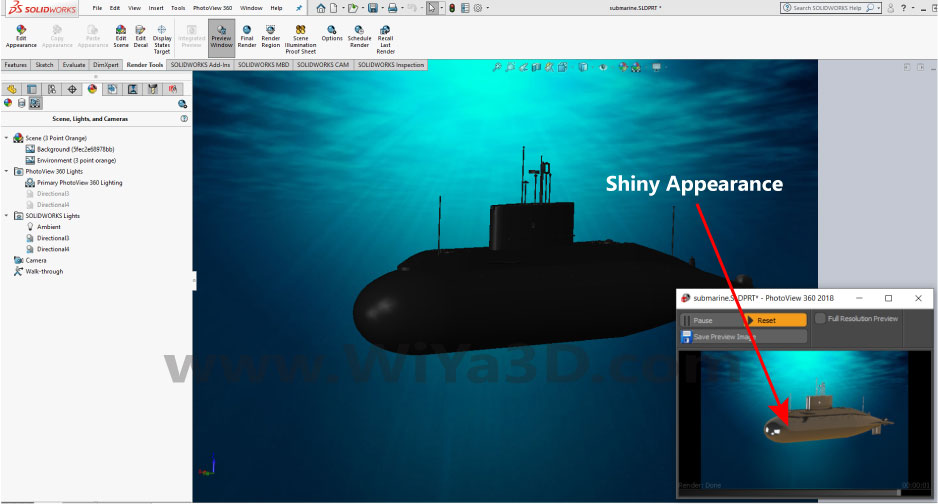 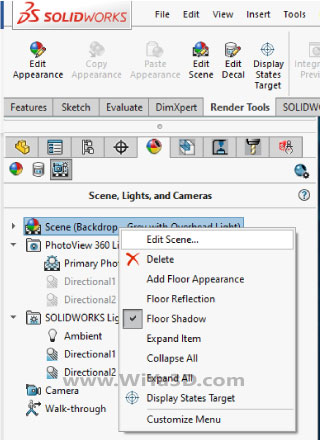 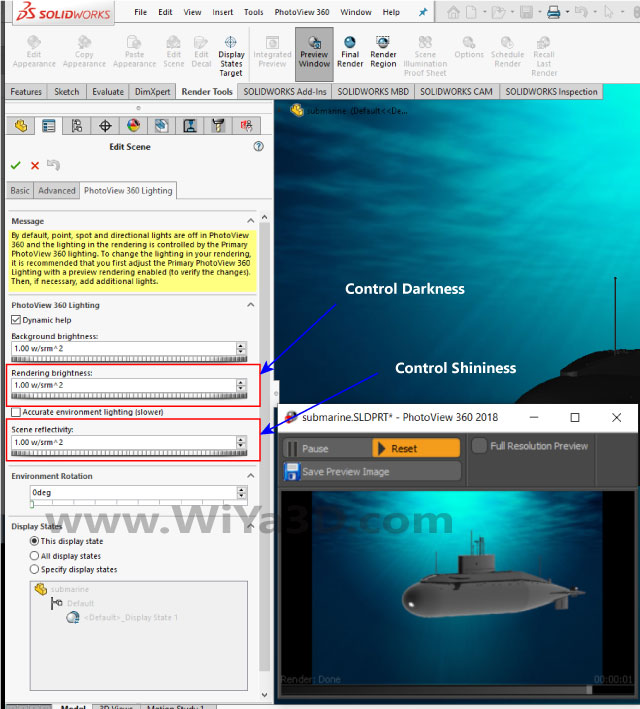 In this case the submarine model in deep sea and it should represent the blue sea effect cast into the body. To do that, double click the scene again and click “Edit Scene”. Then apply the same underwater image for the environment. 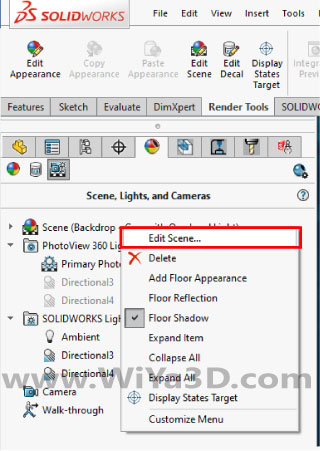 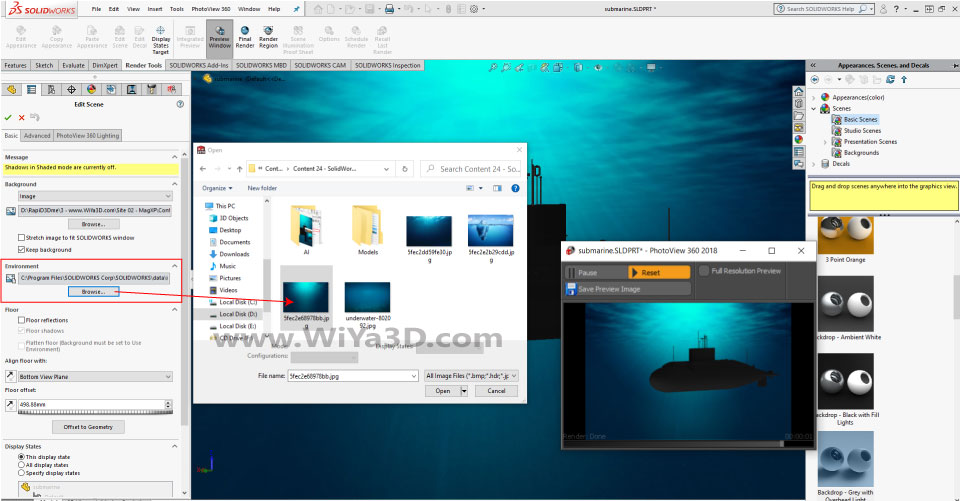 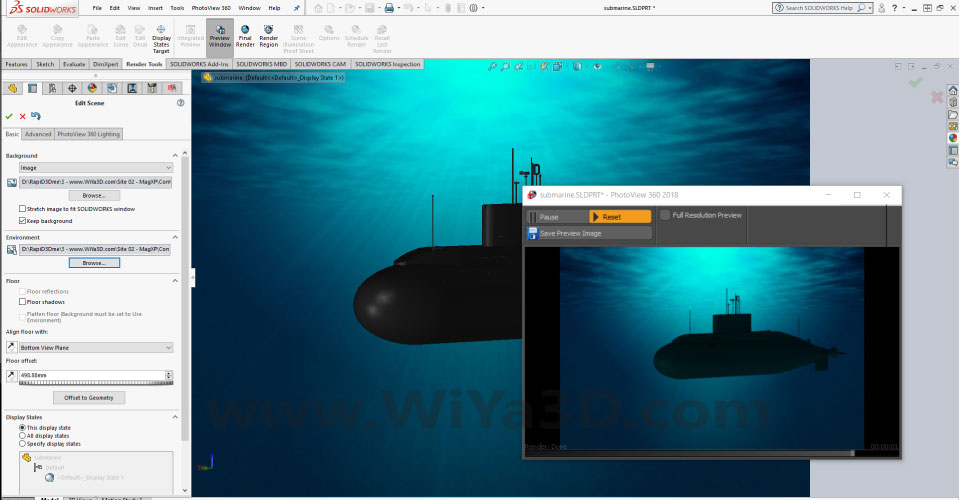 Then we have to setup the lighting based on the model & scene. However you noticed that quite lighting in graphics area. The reason is two different lighting is supply to the model. One is SolidWorks default lights and second one is Photoview 360 lighting

In display manager toggle on the photoview 360 lighting. Depending on the requirement, can use single or multiple lights for the rendering. 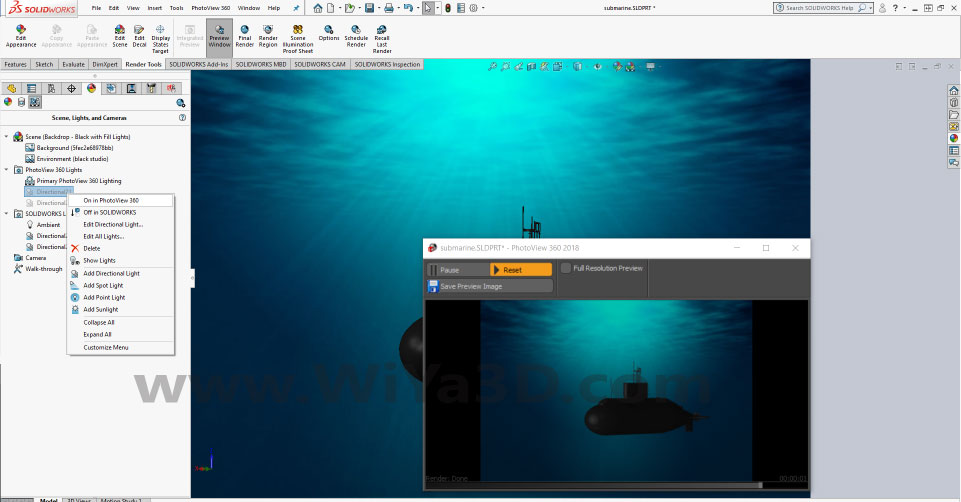 Right click on the toggle ON photoview 360 light and click “Edit Directional Lights” to customize the lighting direction. Also, there you can edit the light brightness. By looking at preview window, designer can define best light direction & brightness for the render model 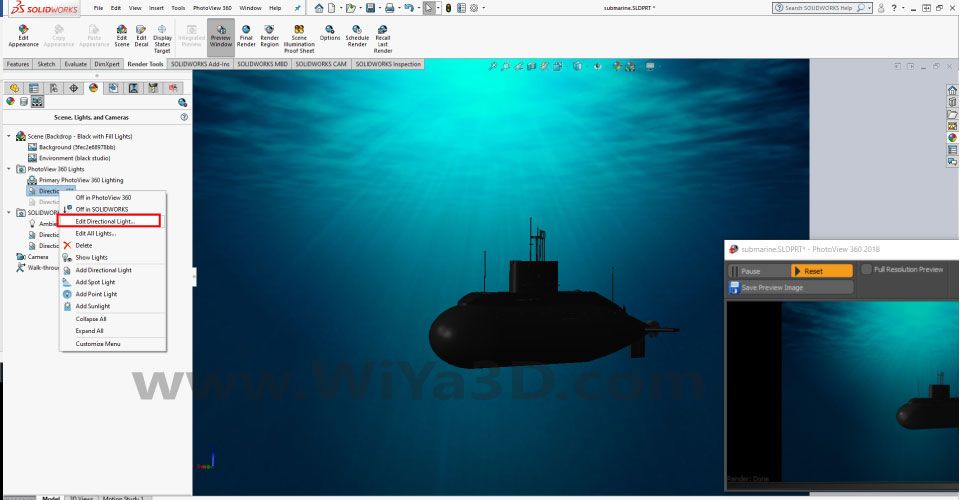 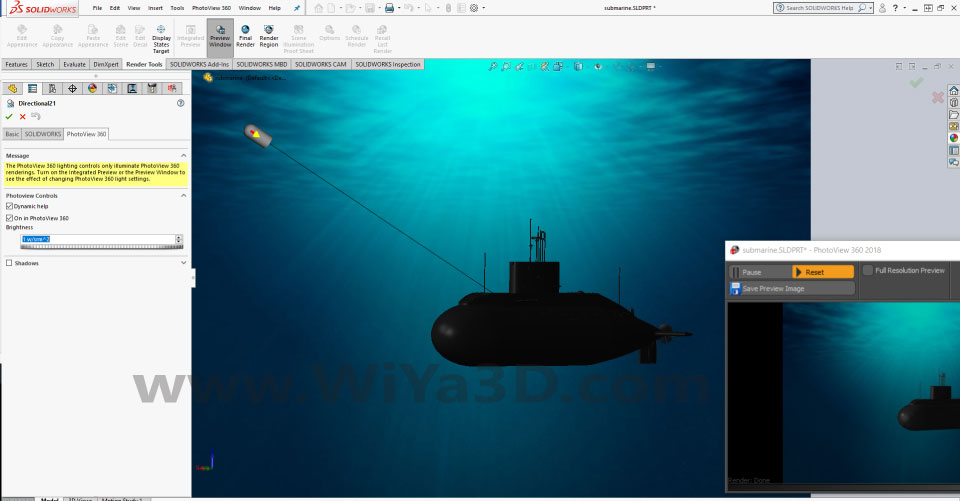 If everything setup, you can do a final render. 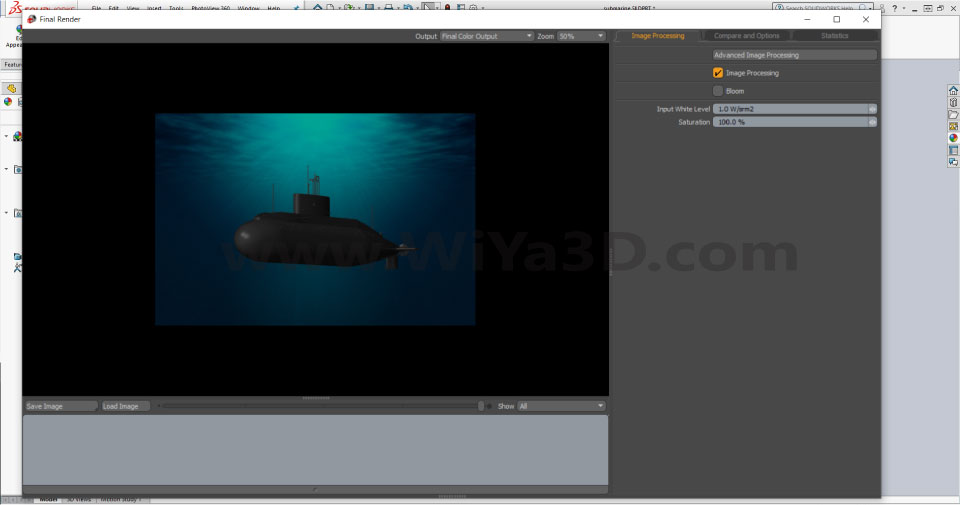 With few iterations you will be able to get pretty good rendering by playing with background image, lighting & environment.

Import the model and setup the basic appearance. 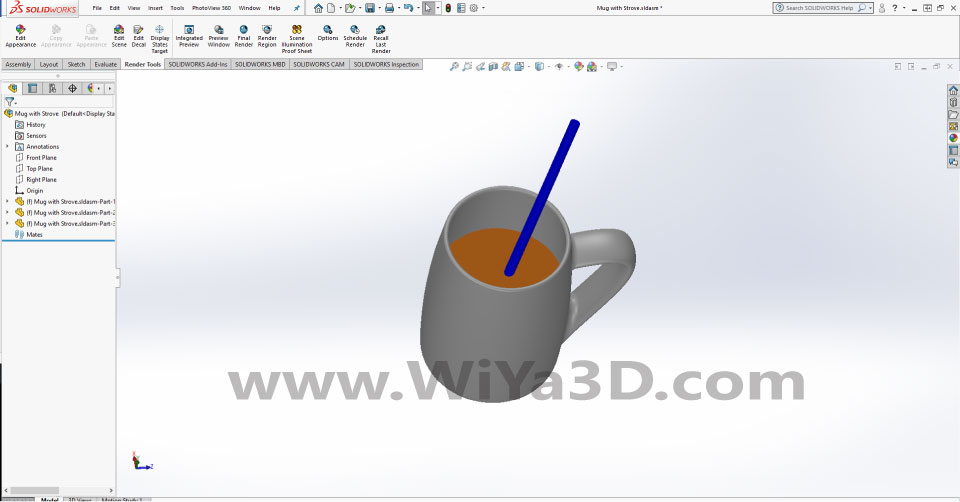 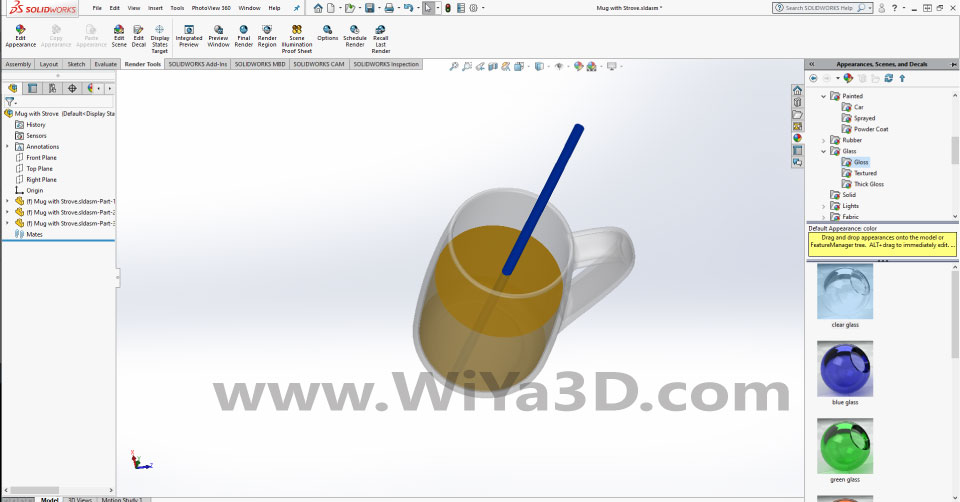 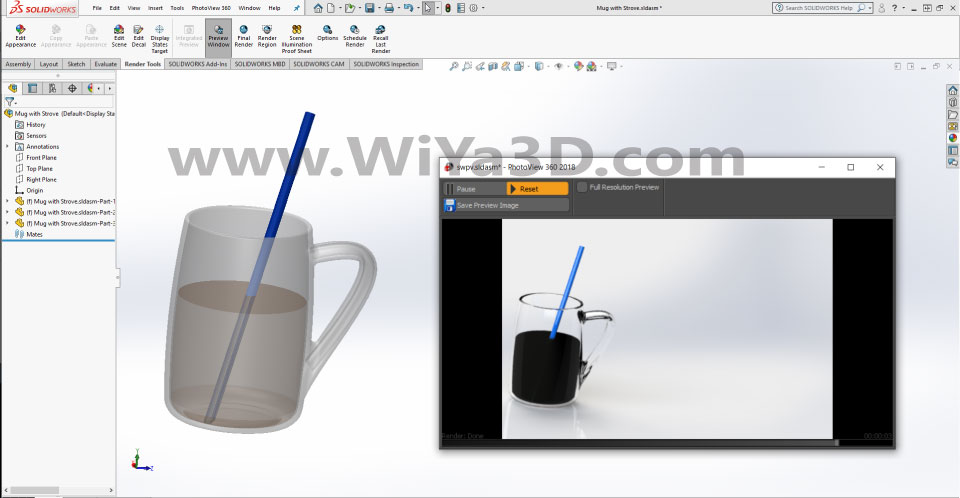 Sometimes you encounter that inside liquid is not properly appear. Which instead on real liquid view it will appear as black color. In order to resolve these, you have to play with glass mug and liquid assembly, each material/colors illumination setting. 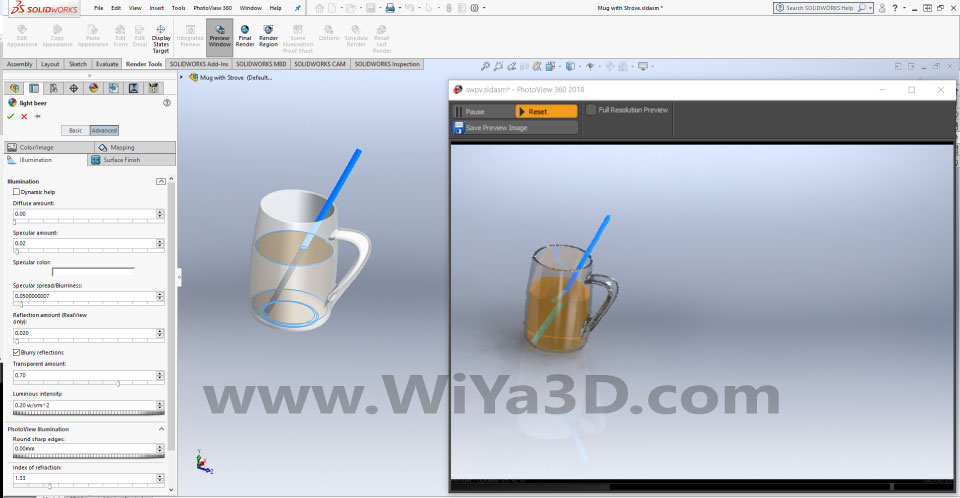 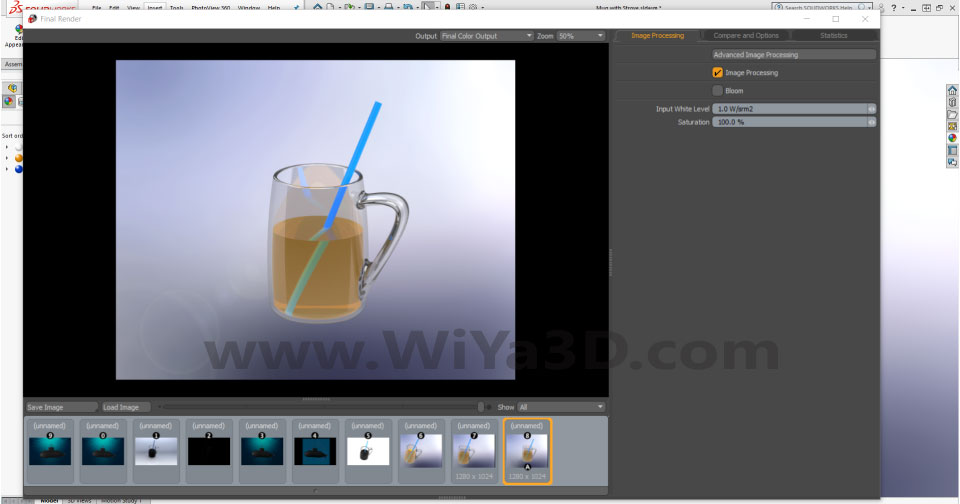 We use cookies on our website to give you the most relevant experience by remembering your preferences and repeat visits. By clicking “Accept”, you consent to the use of ALL the cookies.
Do not sell my personal information. Cookie settings
Privacy PolicyREJECTACCEPT
Manage consent

This website uses cookies to improve your experience while you navigate through the website. Out of these, the cookies that are categorized as necessary are stored on your browser as they are essential for the working of basic functionalities of the website. We also use third-party cookies that help us analyze and understand how you use this website. These cookies will be stored in your browser only with your consent. You also have the option to opt-out of these cookies. But opting out of some of these cookies may affect your browsing experience.
Necessary Always Enabled

Any cookies that may not be particularly necessary for the website to function and is used specifically to collect user personal data via analytics, ads, other embedded contents are termed as non-necessary cookies. It is mandatory to procure user consent prior to running these cookies on your website.